I try to get as much variety as I can through the course of the festival each year, ideally seeing at least one film from every strand playing at the festival. This year’s festival is slightly more compact, generally across three venues, and at time of writing my plan for the festival ticked at least one box in every list.

Some of these seasons are more prominent than others at certain points; what I ended up with on the festival’s middle day was a convergence of German films. However, despite there being a Contemporary German season (a reliable staple of the festival over the last few years) which I’ve already seen films from this year, Tuesday was made up of my first film from the Gerhard Lamprecht season, a restoration of a cinema classic and an advanced preview of a notorious horror that’s just been classified by the BBFC for the first time. Just for variety, I also threw in the Nick Cave documentary that I keep wanting to call a Nick Cage documentary, but that’s something else entirely. 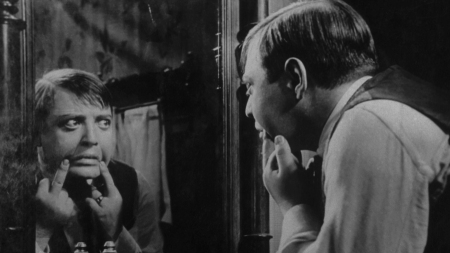 First up was the 1931 classic starring Peter Lorre which has just undergone a restoration and arrived at the festival looking pristine, all the better to appreciate the shades of light and dark in what’s held up as Fritz Lang’s masterpiece – no mean feat when the German expressionist director’s list of works also includes Metropolis. M was Lang’s first talking film, although he still has periods of silence within the film (something the restoration has apparently taken great pains to get right), and he makes great use of the opportunities that both sound and the contrasting silence represent.

Lorre doesn’t appear directly on screen until quite a way into the film, although his presence is felt ominously thorough a whistling motif of a famous Grieg melody. He’s a child murderer, claiming to be acting on impulse, but Lang takes his story in unexpected directions, as the criminal underworld seeks to put an end to his activities as keenly as the authorities, thanks to the increased police presence that his crimes have attracted. After a nerve-shredding manhunt, the last act is set in a kangaroo court already set on exacting their own version of justice, where Lorre’s pathetic pleas and staring, puppy-dog eyes go as close to generating sympathy for a child murderer as you’re ever likely to feel. It’s a shame that this film effectively typecast him in those kinds of roles for much of his career, but when he’s as good as he is here, it’s difficult to fault that logic.

Lang also cites the film as his favourite of his own works, with its very direct call to action to negligent mothers everywhere and his film is a powerful blend of social commentary and taut thriller that deserves every ounce of its reputation. 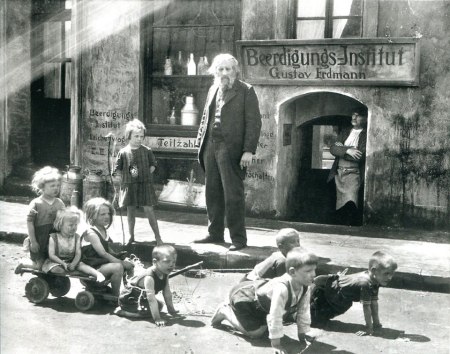 The festival is also featuring a season around the works of Gerhard Lamprecht and his contemporaries this year, probably best known for his version of Emil And The Detectives (which also featured the writing talents of Billy Wilder and Emeric Pressburger). Slums Of Berlin, or as the festival called it In The Slums Of Berlin, was his third feature, made about six years before Emil and was inspired by the cartoons of Heinrich Zille, a German cartoonist fascinated with the more unfortunate side of life in post-war Berlin. Lamprecht uses a character from the more cosmopolitan upper classes to give his audience a route into this world, a man convicted of perjury to protect his girlfriend, before she and his family disown him and he ends up in the slums; his fate would be ever worse but for the intervention of a kindly prostitute.

Lamprecht succeeds in creating balance between his central narrative and the smaller moments focusing on the other residents of the slums, which are not entirely without humour. (At one point, a young boy is seen smoking, and the young girl he’s with then suggests he’d look good drinking too!) It’s a warts and all portrayal of the city with a strong dramatic core – at least I presume it to be, if there’s levels below childhood alcoholism and rampant prostitution then they probably didn’t need to be screened anyway. Karl Hasselmann’s cinematography creates wonderful moods and gives real character to the slum environments, as opposed to the clean austerity of the upper class houses. When you see the widening class gap in this country today, then Slums Of Berlin still feels relevant and Lamprecht’s plotting and direction keep it vital, and hopefully these restorations will find a new audience.

I did have a slightly strange experience with the film, in that there are intertitles featuring the dialogue as is common with silent films. At first, these cards were in German without subtitles. As I was also reviewing the film for Take One I allowed others to alert the staff at the cinema to this fact, but in the twenty minutes of trying to use my GCSE German from twenty years ago to interpret the dialogue, I had it down as some form of cautionary tale about the dangers of giant man-lobsters wearing hats. Thankfully they came back just as the plot really kicked in, but possibly some German revision is needed. Either that, or a career in avant garde interpretations of German silent films awaits if I so desire. 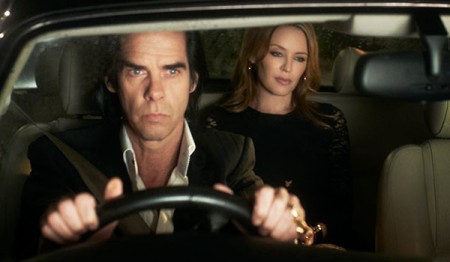 I’m not a great lover of birthdays, as I’ve said before many times in this blog. It’s not the creeping slow hand of death on my shoulder, more the tedious monotony of waiting a whole year before simply adding one to your total. I took great pleasure in celebrating my 20,000,000th birth minute a couple of years ago and I’m looking forward to next March when my 15,000th day on Earth rolls around. By my mathematics, that makes Nick Cave about a third older than me, but his documentary is less concerned with the mathematics advancement of time and more of a simple day-in-the-life of one of Australia’s more esoteric musical talents.

Except there’s nothing that simple about Cave, or his documentary. Documentary makers Iain Forsyth and Jayne Pollard mix in a Freudian psychoanalytical review, reminiscences with his Bad Seed band colleague Warren Ellis, a delve through the weather diaries he kept over a decade ago and random people he’s collaborated with appearing and disappearing in his car, including Kylie Minogue (who sang on a record of his) and Ray Winstone (Cave wrote the screenplay for the excellent Australian “Western” The Proposition which starred Winstone).

The combination of the cod psychoanalysis, Cave’s less profound tendencies and the seemingly pointless way that his collaborators appear and disappear as if figments of his own imagination give the whole documentary an air of pretentiousness. But I guess that’s the point; we also see Cave’s production process at work, as he works through songs for his 2013 album Push The Sky Away both in the studio and on stage, and that’s when the documentary truly comes alive. You know what? It is pretentious, but I think that’s the point, and you’re left with an image of Cave as a true artist and visionary. 20,000 Days On Earth hasn’t won me over to be a listener of their music, but it has given me huge respect for Cave as both musician and person and ultimately as a bona fide rock star, and if the producers have any rushes of offcuts available, I’d love to watch them – I could have happily watched this process for hours. 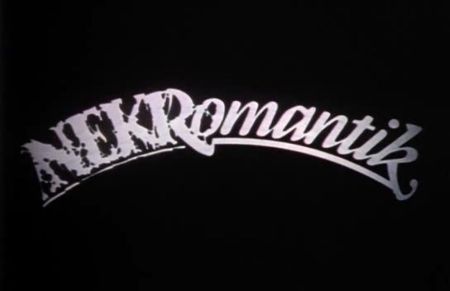 Little tip for you:  if you’re going to watch a film depicting necrophilia with a heavily decaying corpse, don’t buy a rather textural chocolate brownie to take in with you before the screening. I’ve always thought I had a strong stomach and could sit through anything but Nekromantik did its best to push even my boundaries. It was preceded by a video intro from director Jorg Buttgereit who sounded almost apologetic for his film in hindsight – he can’t have been that apologetic, as he made a sequel four years later. There’s not a lot to Nekromantik, other than a slim plot and hefty amounts of fondling organs and some of the grossest imagery ever committed to film, but the last fifteen minutes or so are so gleefully over the top I was eventually won over to thinking this isn’t terrible. It’s no better than average, but it’s not terrible. And thanks to the BBFC now giving it an 18 classification, you too might be able to upchuck your chococate brownie at the sight of a woman going to town on the corpse her husband’s brought home to spice up their love life.

(Note: While I always try to find a suitably interesting image to accompany each of these reviews, the only image I could find on Google that might allow you to retain your lunch was the title card. Just Google the title to see what I mean. And don’t blame me if you and your last meal rapidly part company. At least I hung onto my brownie in the end.)