Welcome, Mr. Reader, to the first in my series of contributions to the Blogalongabond initiative, which is re-examining James’s Bond’s back catalogue at the rate of one film per month until the release of the next Bond film in cinemas near you in November 2012.

I firmly believe that the Bond films represent our greatest British cinematic legacy, and over the course of the next 23 months I will attempt to find something in each film which has not only influenced the rest of the series, but also cinema itself. You may wish me luck in advance for when we get to the likes of Octopussy and Tomorrow Never Dies, because I’m definitely going to need it. 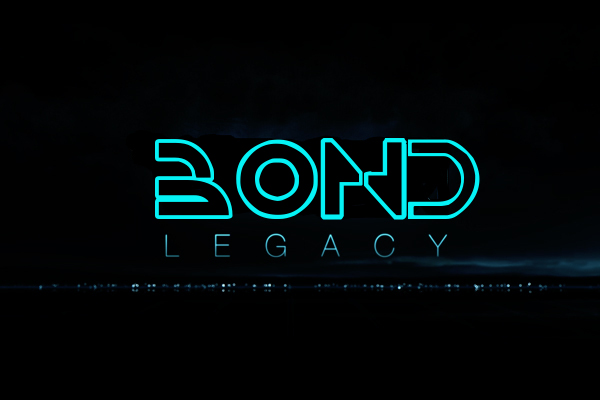 So, thirty-nine years on from the original Bond film, what most resonates from Dr. No to this day? It’s not quite the template for every film that followed; somewhere, in a parallel universe, there have been twenty-two Bond films that all started with a series of flashing dots, rather than scantily clad women silhouetted against giant guns, and in that universe there’s probably a much higher epilepsy rate. But thankfully we live in this universe, where Bond has updated and tweaked the template, but the core values have remained the same, and the dots didn’t last. There’s a few things that did, so at the risk of making things even more difficult for myself in the coming months, here’s my top 5 legacies from Dr No. You’ll only get one next month, so make the most of it.

And in case you’re wondering about the selections in my list, there are plenty of iconic repeated moments (such as the opening tracking gun barrel shot and the dripping blood) which are maybe a little too specific to this series, and quite a few standout moments (Bond’s first introduction, Honey Rider emerging from the sea in a bikini) which are fantastic in isolation, but maybe don’t have a lasting impact in the grander scheme.

5. That the best way for evil geniuses to operate is with ridiculously elaborate schemes which they later explain

Frankly, after several decades of action movies coming up with increasingly ludicrous plots for the bad guys and their henchmen, there’s very little that seems odd to us these days. But Dr. No’s actions here unwittingly help to set a template not only throughout these movies, but also through action movies in general. What better way to get someone to do your dirty work for you than by putting them in a room and barking orders at them as a disembodied voice, and said orders consist of taking a large spider in a very flimsy cage and attempting to kill a highly trained and armed secret agent with it. Then, when that plan is foiled by a shoe, and later plans are foiled by more imposing weapons, capture the man and his new female friend and give him a swanky hotel room, and then invite him to dinner to tell him all about your highly secret organisation of terror. For some reason, after two decades of the Planet Hollywood crew and their cronies dishing up far more ridiculous plots, this all sounds entirely rational and plausible, but it set the template for others to follow.

4. Helping to create the myth that going out with wet hair will give you pneumonia

This isn’t just a cinematic idea, it’s probably one that your mother has reinforced in you since you were but a nipper. But while your head told you it was complete codswallop, your heart believed it to be true, no doubt because James Bond himself told you it was true. In case you’re wondering where it comes in, at about the half way mark Bond has surprised Miss Taro, who thought him dead, and is attempting to seduce her, whereupon he springs this unlikely line upon her in an attempt to get her into bed. Of course, because he’s James Bond, it works perfectly. In the deleted scenes on the DVD you can also see that he told her not to leave umbrellas up indoors and that eating carrots would help you to see in the dark. (Such a way with the ladies, that Mr. Bond.)

3. That the best secret agents in the world are accustomed to the finer things in life, as long as they come with a brand name

By the time of the most recent Bonds, the sight of Richard Branson hoving into view, or Pierce Brosnan waving a bottle of Smirnoff in front of the camera is enough to bring despair to the hardest of hearts. But this is a seriously expensive lifestyle; Bond only gets to Jamaica in this one, but even that sets a template for a globetrotting lifestyle funded by a dodgy sounding company called Universal Exports. In this one alone, their exports manage to include Pan Am airlines, Red Stripe beer, Dom Perignon champagne and Rolex watches. Let’s all pray right now that Bond isn’t being driven around by Sheila’s Wheels or potty-training the Andrex puppy at the start of the next one.

2. The ruthlessness of the man with the Licence To Kill creating a more ruthless template for our action heroes

Hard to believe now, but it was somewhat controversial at the time that Bond kills Professor Dent in cold blood. Of course, I think nothing about casually offing a man in cold blood whenever I’m out on a killing spree now, but apparently in the Sixties it just wasn’t the done thing, old bean, and so the censor’s scissors stripped out most of Bond’s shots into Dent’s still warm corpse. Originally, after the classic line, “That’s a Smith and Wesson, and you’ve had your six,” Bond’s first shot was followed by five more, but sadly Bond only gets to be a third of the cold hearted monster that was originally intended. Never mind, the last forty years of cinema have made up for that in spades.

The most enduring legacy of Dr. No is the much fought over theme tune, of course. Fought over because Monty Norman ripped himself off from a tune he wrote for a musical, then he and John Barry spent most of the next forty years arguing over who did what notes and when. It’s odd hearing it in Dr. No, as it’s mainly used when Bond is casually strolling around, rather than over the car chases or when he’s shooting people in the back. It’s the equivalent of hearing the Imperial March while watching Stormtroopers make coffee and clip their toenails, but it still carries an undeniable weight.

It’s also even more odd when taken in the wider context of the actual soundtrack for the film, which features so many calypso songs about mango trees that if you stumbled onto it unawares, you might think it to be the soundtrack to The Del Monte Man: The Musical. There’s also a James Bond theme on the soundtrack album that isn’t the James Bond theme at all; thankfully it was the twangy guitars and the orchestral bombast that proved to have the lasting appeal, even to the extent where Goldeneye had to be rescored when Eric Serra forgot to write any decent music for it, and thankfully the tank chase was suitably Bonded up. But that two minutes of theme tune is now the most recognisable theme tune in modern cinema, and the distinctive sound is a musical cue to any kind of secret agent shenanigans in film today.

David Arnold, modern day genius that he is, has held back theme until the end credits of the last two films in the series; I can only hope that the story allows for significantly more Bond themage this time around, because it’s just not the same making your fingers into the shape of a gun and jumping out from corners like a lunatic after you’ve seen the film for the tenth time without it.