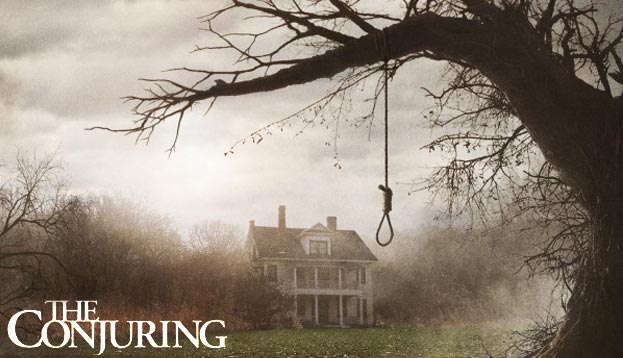 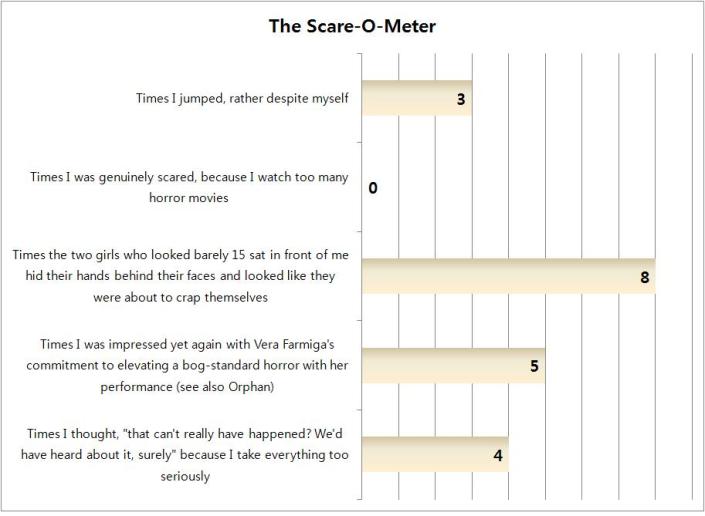 Why see it at the cinema: If you’re a complete wuss who can’t sleep without the light on in the hallway, then The Conjuring will give you nightmares for weeks. If you’ve ever read an issue of Fangoria, then chances are you’ll get more enjoyment from watching the uninitiated be separated from their bejesus.

What about the rating? Rated 15 for strong horror. One man’s strong is another man’s mild, but either way I would support not showing this to 12 year olds as goes through its standard gearbox with a silent efficiency.

My cinema experience: A Saturday afternoon at the Cineworld in Cambridge, and I will take it on trust that everyone in the audience met the minimum age requirement. However, people’s horror did seem to be inversely proportional to their age. My main horror was, once again, two people looking at their mobiles during the screening – even if it’s on silent, you might as well shine a torch round the cinema. Frustrating.

Previous graphical reviews in this series: