Review: The Hobbit: Battle Of The Five Armies 3D

The Pitch: Middle Earth, Episode 3: The Madness Of King Dwarf

The Review: Can you remember what you were doing in 2001? That’s more than half my adult life ago – and a decent chunk of anyone’s, frankly – but that’s how long it’s taken us to get there and back again, in a very roundabout sense. For all the judgements on the wisdom of Peter Jackson returning to the scene of his greatest triumph and whether or not it was right to magnify a single, slim children’s book into the same three volume epic as the Lord Of The Rings films, this thirteen year cinematic journey is at an end, and we can now make a judgement on Jackson’s achievements as a complete entity. Trying to take this last chapter in isolation is tricky, not least because the lack of real story structure makes this feel less like a complete film and more a vastly extended episode of a lavish TV series. In its favour, this film does clock in at fifteen minutes less than the previous shortest film in the Middle Earth series, but it’s given over almost entirely to the titular battle.

This Hobbit has taken a leaf from the book of another famous trilogy capper, Return Of The Jedi, when considering story construction. We open the film with a succession of resolutions to the cliffhangers set up at the end of The Desolation Of Smaug, which having been fairly neatly wrapped up see a brief amount of exposition with the series’ more senior figures before the film simply becomes a gigantic battle. However, where the Star Wars films have always clearly delineated the separate plot strands at work in their climaxes, here we end up skipping from character to character and the film suffers slightly as a result. The wrap up of the second film’s dangling threads is dealt with quickly enough that it forms this film’s prologue and were it not for the fact that Jackson and his co-writers’ script plays out events described in the book in a more strict chronological order (mainly seeing what Gandalf and crew’s been up to as it happens, rather than in the flashback of the last chapter of the book) this film would be pretty much all battle.

Sadly, what this film most evokes is another element of a Star Wars trilogy film, but here it’s the over-reliance on CGI from Revenge Of The Sith that breaks the illusion somewhat. It’s unfortunate in a way that the battle lines in the film are drawn with the characters spread out across a valley, as that proves an apt metaphor for the uncanny valley in which much of the CGI exists. In the earlier films computer graphics were an embellishment but they have now become a staple, and too often characters move with the distracting jerkiness that gives the game away; or, the case of CGI Billy Connolly as a dwarf leader riding a pig, they have a dead eyed coldness that makes you wonder if The Polar Express ever happened. In the attempts to trump previous battle scenes and provide more excitement in this climactic chapter, basic physics take an increasing pounding; characters are tossed about like rag dolls or fall hundreds of feet without injury, and one scene on a collapsing tower is near farcical as the tower itself collapses like hot butter, but still somehow retains the structural integrity to remain wedged hundreds of feet above a chasm. Much of the battle itself is engaging if you set aside these flaws, but it never scales the heights of Pelennor Fields or other previous engagements in the series. The script stays true to the usual Tolkein developments, such as the return of one of literature’s greatest winged deus ex machinas, but does occasionally feel like it’s overworking some of the additional material added (necessitated in part by the fact that Bilbo is unconscious for the final stretch of the battle in the book which would feel like a cheat on film).

The other trilogy capper I found being regrettably invoked was the last chapter in the Matrix series, Revolutions. The problem there was the sidelining or casual disposal of most of the characters you actually cared about, only for them to be replaced by new, less interesting characters. Due to the nature of the chapters being adapted, Bilbo (Martin Freeman), Gandalf (Ian McKellen) and the dwarves – at least six of whom I still couldn’t identify by name if my life depended on it – are offscreen for long stretches, while more minor characters such as the snivelly Alfrid (Ryan Gage) crop up seemingly every five minutes. It also doesn’t help that those characters brought to the fore are the less interesting actors, as if you were watching a Vulcan spin-off from a Star Trek movie (all ponderousness and anti-emoting) and it’s only in the last twenty minutes or so that any actual emotional engagement kicks in. I’m sure there’s a good film in among the three Hobbit films that we’ve been presented with that a good editor could find, but it’s certainly one wildly variant in tone from its original source. That’s no matter, but with much of Jackson and team’s personal additions feeling redundant and the bloated length becoming more wearing than productive, I suspect that history may not regard the Hobbit trilogy with quite the same affection as its bigger brother. Let’s all just hope that Peter Jackson now gets back to his life outside Middle Earth, rather than thumbing the pages of the Silmarillion looking for inspiration.

Why see it at the cinema: Your last chance for a while to see the magnificent New Zealand countryside covered in CGI madness, and the scope here is as epic as it’s been at any point in the series. As with the previous films, seeing this in a cinema with a decent sound system will also help to immerse you in the plot enormously.

Why see it in 3D: It’s not essential, but the 3D avoids being a distraction without adding too much either. 3D highlights were the increased sense of depth as the dwarves watch Smaug attack in the distance, and a final battle between two of the leading protagonists which sees the occasional object poking out of the screen at you.

What about the rating? Rated 12A for moderate violence, frequent threat. If you don’t like hours and hours of often CGI fighting, then this one’s not for you.

My cinema experience: Bit of a bad back, so I was very glad of the large, spacious seats in screen 9 at Cambridge Cineworld. As I was settling in for the long haul, I treated myself to a hot dog and an ice cream. Being a midweek day, even in the first week, the cinema was somewhat empty and it’s a slightly damning comment on the film itself that the biggest laugh I heard all evening was for the Kevin Bacon EE advert that plays in the gold spot after the trailers. I may have been doing some of Kev’s “buffer face” myself at points in the middle third of this film. 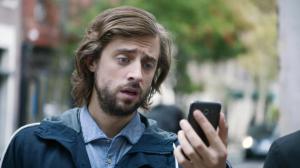