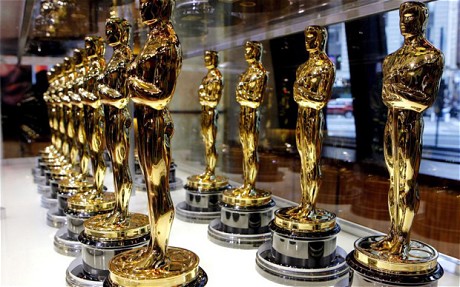 Oscar nominations were announced today. Most of the film industry has gone absolutely mad over them. I’m left wondering if the people who voted have actually seen half of these films. So here’s a little exercise. Listed below are the nine films nominated for Best Picture this year. I’ve seen the first five, and have ranked them in order, the other four are somewhat random.

Now here’s a list of eighteen films which weren’t nominated for Best Picture. Your task is to count how many films on the bottom list should have been on the top list, and consequently vice versa. If you can’t find at least four films to swap over, you’re doing it wrong.

Excellent. If you’re not weeping into your cocoa at the sheer injustice of it all by now, then you have my pity.

This entry was posted in Oscars Countdown and tagged bleh, injustice, nominations, Oscars, Shame, whatever.