The Graphical Review: This review contains very mild spoilers for the first 40 minutes or so, and nothing plot critical. If you wish to remain completely unspoiled, come back when you’ve seen it. 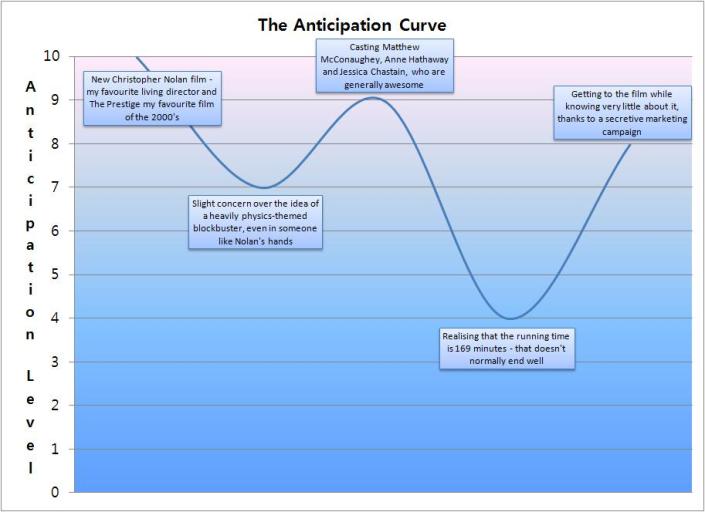 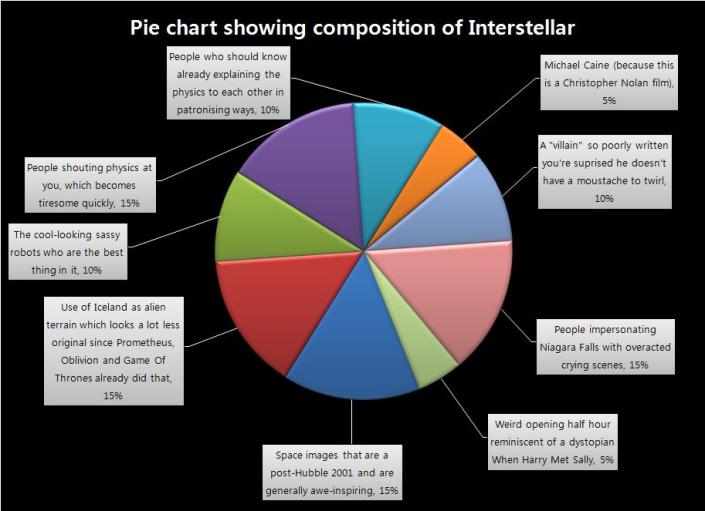 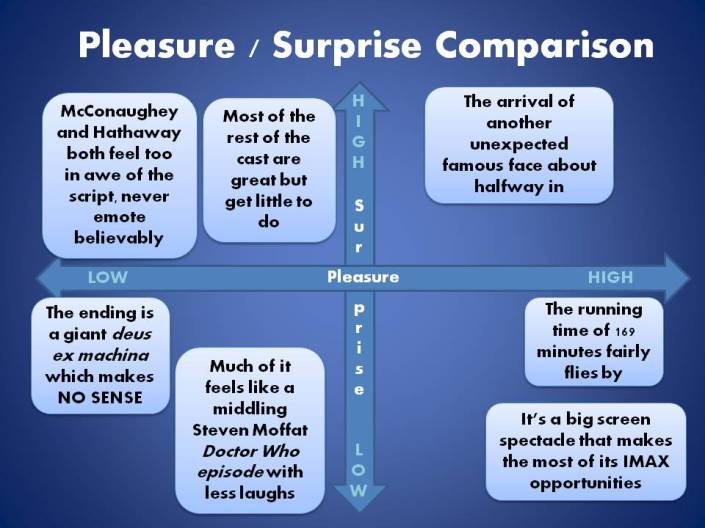 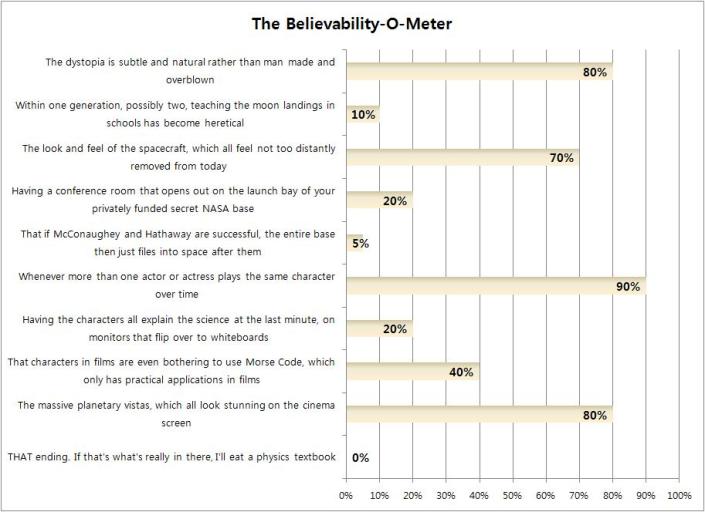 Why see it at the cinema: Nolan remains his strong sense of the theatrical and has once again, for better or worse, pushed the scale of his film making in another step. It’s also one of those films that everyone will have an opinion on in the pub afterwards.

Why see it in IMAX: Not only was so much of the visual side of the film shot in the IMAX format, including sticking an IMAX camera in the nose of a Lear jet, but IMAX makes unparalleled use of the sound field, and when the rocket took off I think the vibrations in my seat cracked a rib.

What about the rating? Rated 12A for infrequent strong language, moderate threat, violence. A fairly MOTR 12A that doesn’t push any boundaries.

My cinema experience: I decided to head further afield than usual, to be able to see The Skeleton Twins and then Interstellar in IMAX at the Cineworld in Stevenage. However, this meant that the film didn’t start until 23:40 and didn’t finish until around 2:45 in the morning. The staff blearily wished us a good morning as we left; I just hope they got overtime. Worth it for the IMAX, although I no longer feel the need to grab one of the handful of 35 or 70mm film screenings having seen it once.

One thought on “Review: Interstellar IMAX”

@CherryHintonBlu on Twitter » Blog Archive » Brilliant graphical review of Interstellar by @Mov… said:
November 20, 2014 at 11:14 am