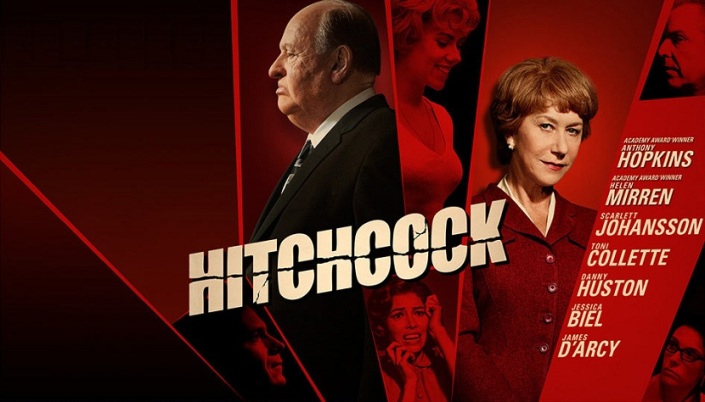 The Pitch: Sasha Gervasi Presents. (Doesn’t have the same ring, does it?)

The Review: Good evening. I have for you tonight a devious little entertainment, which will shock and surprise you in ways you weren’t expecting. It’s the story of a man who took delight in the more unpleasant side of life and the relationship between men and women, and how the story of a serial killer tortured him to the point of madness. It’s a tale of love, hate, commitment and betrayal, but you’ll be truly terrified by the leading man and what he’s capable of; or should I say, what he’s not capable of? You might think you’ve heard this story before, even very recently, and you probably have, but what’s more likely to keep you guessing than a story that plays out exactly as you think it will? If you know your history, especially your history of Psychos, then you may think that you know the ending, where a film becomes highly successful but also highly notorious, and with a legacy of not only most mainstream horror movies produced since, but also smaller moments which would prove pivotal. But of course, you don’t know this story at all.

Right, enough of the double talk, Hitchcock himself wouldn’t have been a fan of such obfuscation. This is a man that made a trailer for Psycho by walking round the set and all but giving away the main plot points in every location, never spoiling but teasing to the point of genius. This is a man who was extremely aware of not only his own self-image but the need for good marketing to support a good product, a combination never more completely brought together than in the marketing and production of Psycho, certainly not his best film but perhaps his most notorious (and from a man that made Notorious, that’s no mean feat). This is a man who looks nothing like Anthony Hopkins in a fat suit doing an intermittent accent, but at least they got the infamous silhouette correct; George Clooney looks about as much like the real Alma Reville as Helen Mirren does. But it’s a man who would, I’m sure, not have approved of the straightforward nature and simple moralising of his own biopic; we should maybe just be thankful that it’s not the same hatchet job that the BBC’s TV movie The Girl turned out to be just a couple of months earlier.

So what works? Taken as a drama on its own terms, and putting aside any association with its subject matter, Hitchcock is passably interesting as an effective period piece or a TV movie of the week. It might be cookie-cutter drama with simple characters, but it has a timeless quality and uses simple themes well. Some of the minor casting is also eerily effective, with James D’Arcy an uncanny double of Anthony Perkins and Scarlett Johansson actually not a million miles away from Janet Leigh, at least in comparison to the leads. The likes of Danny Huston also turn up and do what they do best in less familiar roles. And again, if you disassociate yourself from the source material, the performances of Hopkins and Mirren aren’t bad, they’re just not particularly representative of their real life counterparts in either appearance, mannerism or character from all of the available evidence.

That’s balanced out by the list of what doesn’t work, and it’s not a short list. On top of the failure of Hopkins and Mirren to inhabit their real life counterparts, its attempts to act as a primer on the making of Psycho are muddied at best, and some moments – such as when Hitch and “Bernie” Herrmann are discussing the merits of scoring the key shower scene or leaving it silent – simply don’t work in the context of the drama. Worse still, there’s a consistent device where Hitch interacts with Ed Gein, real life killer on whose exploits Psych was based, which not only undercuts matters further but implies consequences of screen violence that patently aren’t true, selling Hitchcock’s real life’s intentions painfully short. Many of the supporting characters are cyphers and plot devices, and when it’s all over it’s not particularly clear what it was trying to achieve, a feat clearly at odds with how Hitch constructed his own pointed narratives. Even the opening and closing appearances of Hitch talking to camera, in the manner of the “Alfred Hitchcock Presents…” TV Series with their famous Gounoud theme music playing into Danny Elfman’s anonymous score, are more jovial than the dry intros of the master himself in that series. It would seem the best way to learn about Psycho, and the power of cinema itself, is just to rewatch Psycho. It will certainly be, if you’re much like me, a lot more enjoyable. Until the next time, good night.

Why see it at the cinema: The real Hitch would no doubt approve of you being summoned to the cinema, it’s just a shame that what’s been served up is so utterly lacking in its own cinematic aspirations.

What about the rating? Rated 12A for moderate horror, threat and sex references. Most of the material that made Psycho a 15 rating is merely hinted at here, but it’s not one I’d be taking younger children to.

My cinema experience: A weekday afternoon at the Cineworld in Bury St. Edmunds, and a largely uneventful screening passed off among a small audience. Not for the first time at Bury, the curtains which wound back before the start of the main feature sounded like they could do with a good oiling. Remind me and next time I’ll bring the WD40.

The Corridor Of Uncertainty: Hideous. Five full length trailers, adverts and a host of PSAs (including the one from Hitchcock itself with good ol’ Hitch advising you to turn off your mobiles) meaning that the BBFC title card came up for the start of the film thirty-one minutes after the advertised start time.